Justin Long Should Be Gay. Or at Least Gay in Every Movie. 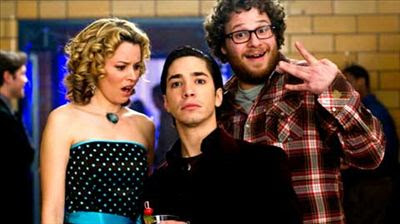 One of my friends (Megan number 2 from the last Fifty Shades podcast to be super precise) told me that she watched For a Good Time Call...(also know as one of my all-time favorite movies) over the weekend.  She liked the movie for the most part, but she specifically singled out Justin Long's gay BFF as her favorite character.  That's not surprising.  Long's Jesse is one of the very many highlights of the phone sex estrogen buddy comedy.  It was brought to my attention that Long is really good at playing funny gay characters.

I don't have anything against Long's other acting roles.  Not at all.  I do think he comically excels when he plays guys that happen to like other guys. 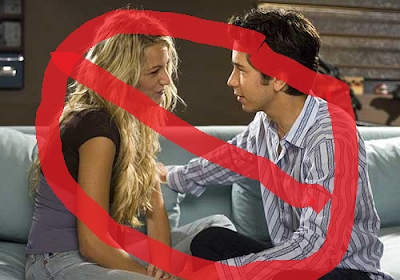 In Zack and Miri, we meet Brandon at the title characters' high school reunion.  Miri (Elizabeth Bank) has always had a thing for Bobby Long (Brandon Routh), a high school superlatives thief, no doubt.  Turns out, Bobby is gay and is dating Mr. St. Randy.  Miri's plans of professing her lust...love...no wait lust are dashed, but Zack (Seth Rogen) has a genuinely nice time meeting such a real, colorful couple.

There is also a deleted scene where Brandon and Bobby talk in a testimonial about how Zack and Miri helped the intimacy of their relationship.  By the way, I would just like to say a personal thank you to Kevin Smith for casting Brandon "had to get his Superman bulge digitally sized down" Routh as Bobby Long.  Just makes it all...authentic.  So, thanks, Kevin!

Something about Justin Long in a silk robe is just homey to me.  Sigh. 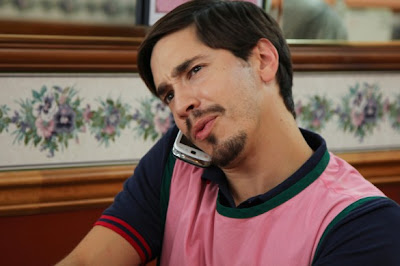 Last year, Long played Jesse, a chatty, feminine bestie to both Lauren (Lauren Miller) and Katie (Ari Graynor), two college adversaries who become best friends after they are forced to move in together and start a phone sex line.  I know what you're thinking.  Phone sex in 2013?  It's a fun, undiscovered gem of a movie, and everyone should check it out.  If you don't like the For a Good Time, Call... itself, you will LOVE Jesse.

If you think Jesse is too offensive to the gay community, or something. he will win you over with his love of his dog:

And then there's this.  Jesse is freaked out that Lauren and Katie have gotten so close at this point in the film.  They confess that they started a phone sex line, and he is more shocked that bookish, by-the-rules Lauren has joined in on the aural debauchery.

There you have it.  Mountains of evidence Sufficient examples as to why Justin Long should only be playing gay characters.  Oh, wait!  There is a surprise example!  Check out Long with acclaimed director/writer Mike White in this video to "Make the Homosexuals Marry."  It's pretty darn awesome.

Justin Long is just better playing gay.  You know it.  I know it.  American knows it.

Posted by MovieMoJoe at 6:50 AM